Filters
You are here: Home / Blog / News / Carveco brings ArtCAM back to life

Carveco brings ArtCAM back to life

In order to rise from its own ashes, a Phoenix first must burn.” – Octavia Butler

On November 2018 the company CarveCo Ltd announced that it has reached an agreement to continue the development of the CAD/CAM software ArtCAM so loved by the marble workers. The new life of ArtCAM will probably continue under the new name CarveCo.

For those wishing to read the official announcement, it can be found at this link: https://carveco.com/an-important-announcement/

A couple of days ago, January 4th, 2019 from the forum Autodesk, in the ArtCAM category I’ve found an updated directly from the CarveCo team.
The software house is close to launching the product in beta release; the new software cad/cam CarveCo is almost ready. As they write the base of the new software is quite similar to the old version of ArtCam but they are testing some libraries’ updated and additional levels of security.
The licensing system will be perpetual and without the need of any dongle.
What to do now?
Just waiting.
We will regularly check CarveCo’s website and its socials at the moment lack of information indeed.

To read the post from the ArtCAM blog visit: https://forums.autodesk.com/t5/artcam-forum/carveco-gives-new-year-update-for-product-launch/td-p/8502603 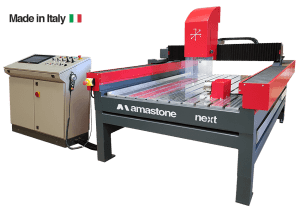 3 Axes Cnc Stone Router Amastone Next Made In Italy

In the next days we will follow the evolution of CarveCo and as soon as a beta release will be released we will be among the first to try it and test it.
We will try CarveCo with our Amastone Next CNC machine and we will do some engravings and production tests on marble.
Many marble workers already know ArtCAM because they use it with their CNC routers. For the making of engravings, writings and reliefs ArtCAM was a software easy to use and very efficient. Certainly with its limitations when it comes to doing work such as kitchen tops, countertops, sinks,  but certainly for small CNC routers for memorials, headstones engravings and art reliefs it was fine and it was a good compromise price/quality.

If you want to be updated on the news regarding CarveCo leave a comment below. 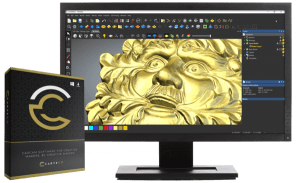 Carveco is finally available for sale.
Thanks to Carveco all the Autodesk ArtCAM® CNC operators have a continuity of service.

Want to join the discussion?
Feel free to contribute!

Get all the latest information on New Products, Sales and Offers.
Sign up for newsletter today.

WIDIA AND POLYCRYSTALLINE BITS FOR MARBLE AND GRANITE

This site uses cookies. By continuing to browse the site, you are agreeing to our use of cookies.

We may request cookies to be set on your device. We use cookies to let us know when you visit our websites, how you interact with us, to enrich your user experience, and to customize your relationship with our website.

Click on the different category headings to find out more. You can also change some of your preferences. Note that blocking some types of cookies may impact your experience on our websites and the services we are able to offer.

These cookies are strictly necessary to provide you with services available through our website and to use some of its features.

Because these cookies are strictly necessary to deliver the website, you cannot refuse them without impacting how our site functions. You can block or delete them by changing your browser settings and force blocking all cookies on this website.

These cookies collect information that is used either in aggregate form to help us understand how our website is being used or how effective our marketing campaigns are, or to help us customize our website and application for you in order to enhance your experience.

If you do not want that we track your visist to our site you can disable tracking in your browser here:

We also use different external services like Google Webfonts, Google Maps and external Video providers. Since these providers may collect personal data like your IP address we allow you to block them here. Please be aware that this might heavily reduce the functionality and appearance of our site. Changes will take effect once you reload the page.